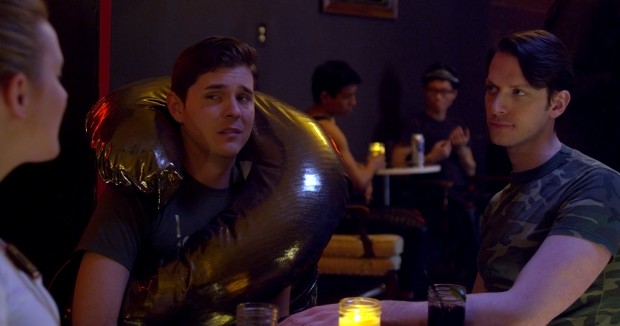 “The show’s distinctive blend of film and television parody and sharp view of gay geek culture is sure to put a smile on your face.” – The Advocate

Gay Nerds is a tongue-in-cheek comedy web series about a group of gay nerds and their comic misadventures that parody popular television shows and movies.

Since launching in 2012, Gay Nerds has received coverage in The New York Times, The Advocate, AfterElton.com, and Space Channel, and picked up hardware at the 2013 Indie Soap Awards and at the 2014 LA WebFest! The show has also had a successful run on the festival circuit, with screenings at The Sudden Impulse Film Festival, TO WebFest, LA WebFest, QFlix Philadelphia LGBT Film Festivak, Vancouver WebFest, and The 2014 Inside Out LGBT Film Festival.

In 2016, Gay Nerds was picked up for television distribution by OUTtv. It is currently being adapted into a graphic novel.

The Bat, The Cat & The iPhone

Come Play with Us

The Fellowship of Sarah Michelle Gellar